In 2020, USO NorCal opened its doors to the new state-of-the-art USO SFO center. This year, Northern California not only experienced the safety concerns and challenges that came with COVID-19, but was also impacted by the wildfires and poor air quality throughout the region. USO Northern California supported the National Guard and other service members who were deployed to help fight the over 600 wildfires burning throughout the region, while their families faced additional health risks and uncertainty. USO Northern California programming and services such as Food Distribution, Virtual Programming, Calm Down Kits for Families with Special Needs, Backpack & School Supplies Drive, Holidays Meals 4 Military and more, continued to help build resiliency, foster connections, and provide a sense of normalcy and connection during this year of uncertainty. 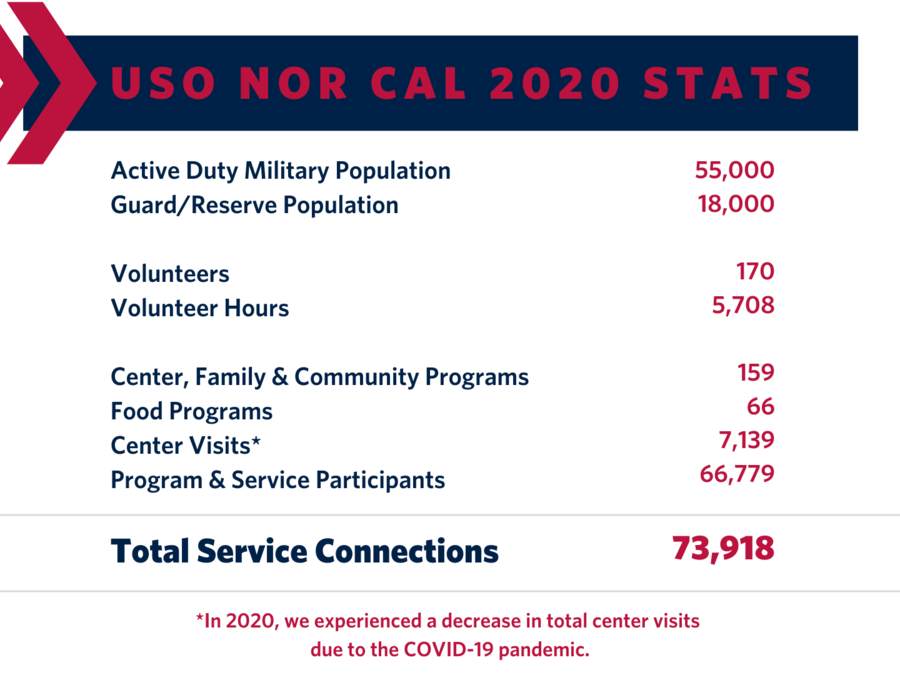 Amenities at this Location

“Thank you so much for all that the USO does for families, especially during this very interesting time we live in... We moved here a year ago, ahead of my husband. We knew no one and could not live in military housing due to our dog, so we felt very isolated. It felt very lonely before we started coming to the USO. Thank you for being there for us, especially during that difficult transition. We really appreciate all that you do to support families!"

The Hickman Family, USO San Diego Find out how to support USO