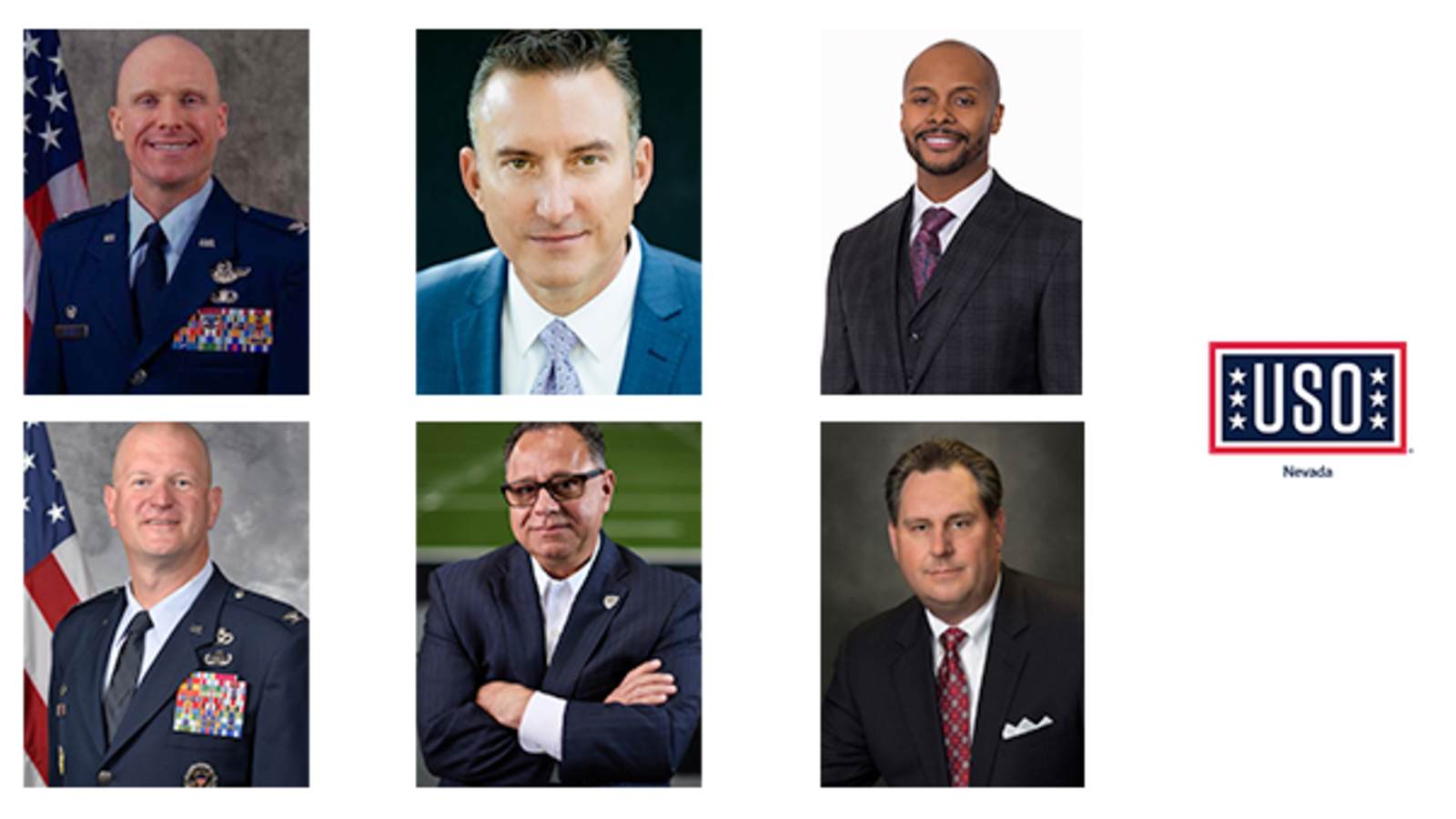 LAS VEGAS, Nevada (September 27, 2022) – The USO, the nation’s leading nonprofit organization dedicated to serving America’s military service members and their families, announces the addition of six members to the USO Nevada Local Advisory Board. USO Local Advisory Board are volunteer boards established to help build and sustain the connection between the American people and their Armed Forces to support USO operations at the local level within the United States of America. These new board members will help USO Nevada provide critical support for the development, funding, and marketing of USO’s morale-boosting and family-strengthening programs and services to American service members and their families currently stationed in Nevada.

“We are delighted to have such a talented group of community professionals and military leaders supporting the USO Nevada team,” said Bob Kurkjian, USO West Region President. “With Tim Mullin at the helm, the Advisory Board will share the USO nonprofit mission with their professional networks, grow our community engagement outreach, and help drive our fundraising initiatives in support of our service members and families statewide.”

Colonel Joshua D. DeMotts is the Commander, 99th Air Base Wing, Nellis AFB, Nevada, and Installation Commander for Nellis AFB and the 2.9 million-acre Nevada Test and Training Range. He has commanded multiple times at the flight, squadron and group levels and has deployed several times in support of Operations Iraqi and Enduring Freedom. Colonel DeMotts also has several staff experiences at the HAF, Joint Staff and Combatant Command levels and is a fully qualified Joint Officer.

Joseph G. Mazon joined the Board of Directors of Nevada Trust Company in 2017. He also serves as Vice President and Treasurer and is responsible for the equity and capital management of Nevada’s oldest independent trust company. Mr. Mazon serves as the Chairman of the Board of Trustar Corporation, the holding company that owns Nevada Trust Company. Mr. Mazon has nearly 30 years of experience in asset management and prior to establishing Conexus spent 20 years with MetLife, one of the largest global providers of insurance products.

Alan Diskin, M.S. ULD, is an accomplished nonprofit executive with 33 years of service within the nonprofit sector. The missions he has served encompass K-12 Education, Financial Literacy, Higher Education, and Humanitarian Service Work while working for various multinational NGO’s. He currently serves as the Executive Director of the Raiders Foundation, the philanthropic arm of the NFL’s Las Vegas Raiders football club. His job focuses on identifying and executing strategies that will raise funds to ultimately impact individuals and families in communities throughout the state of Nevada.

Allen Montalvo is a highly dedicated, resourceful, and results-oriented sales manager and dealer management expert with a proven track record of success in managing large car dealerships for international market leaders such as Honda, Acura, and Mazda. Throughout his 18-year career in the industry, he has achieved meaningful growth and a marked increase in revenue in all dealerships that he has managed, and has earned several important awards, including the “Dealership of Distinction Award” in 2013- 2018, and the “Council of Excellence Award” in 2013- 2018, which he earned at Findlay Acura.

“Our advisory board plays a vital part in helping shape the operational, fundraising, and community strategies for USO Nevada,” said Tim Mullin, Executive Director for USO Nevada. “Each of these new members brings a unique perspective that will help us grow and expand our community footprint.”

For more than 81 years, the USO has supported the men and women who fight for our country. The USO goes where our service members go, no matter the location. USO Nevada invites the local community to support service members stationed in Nevada by providing essential resources and keeping them connected to family, home, and country. For more information about USO Nevada and how to get involved, visit nevada.uso.org.