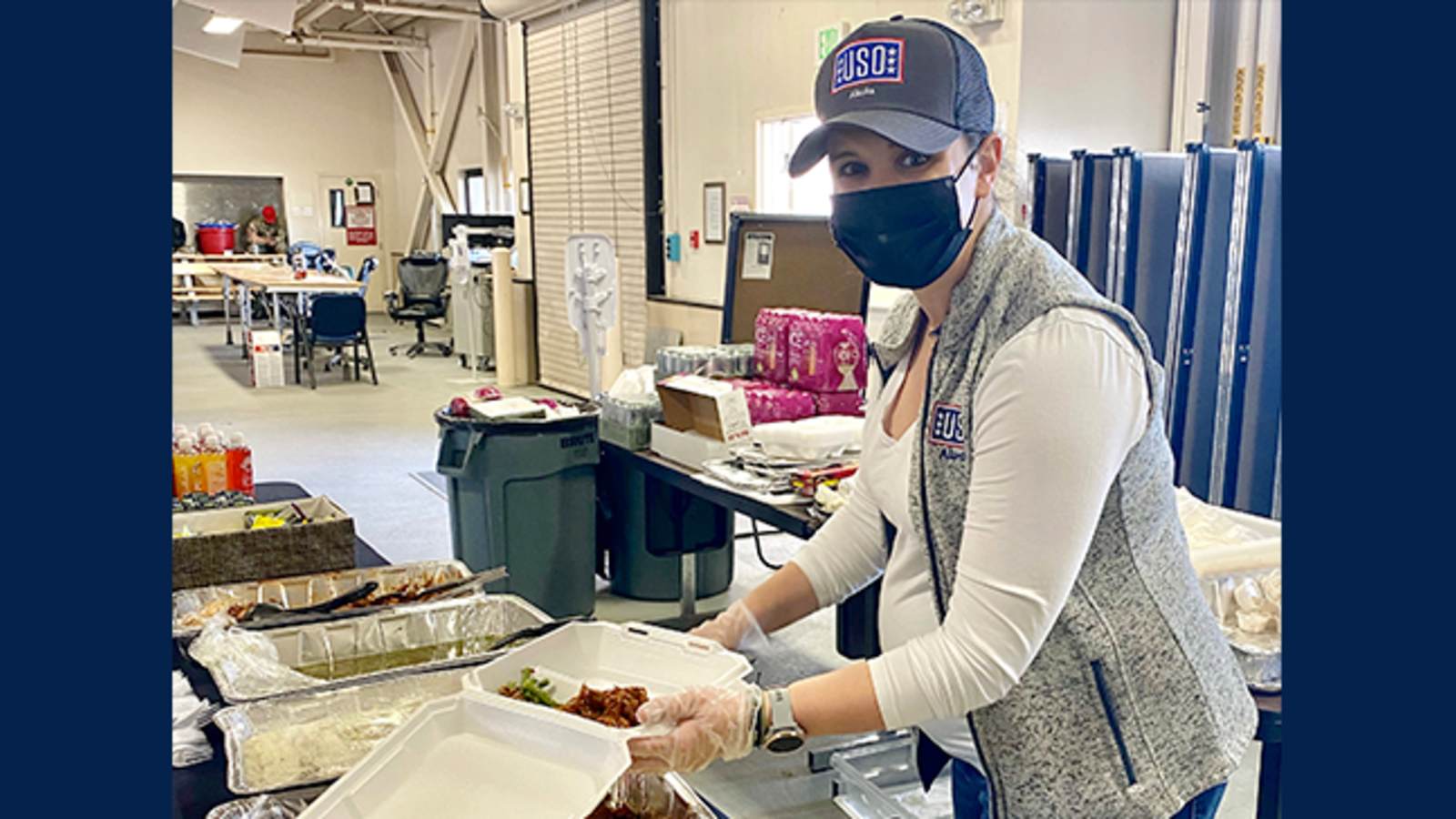 Connecting family, home and country … that’s what our outreach and expeditionary team set out to do as things ramped up for the Northern Edge Exercise at Joint Base Elmendorf-Richardson (JBER) on June 5.

While service members from every branch of service worked tirelessly night and day, the USO was there to bring some joy in the form of meals, conversation, and our USO Alaska furry friend.

Upon arrival from Kadena Air Base, the USO was happy to welcome the nearly 200 airmen from their eight-hour flight - with Texas Roadhouse meals. Airmen were thrilled with the sight and smell of some fresh American-style BBQ, something they don’t have available in Japan.

Throughout their stay on JBER the USO was a consistent visitor, bringing weekly meals of local cuisine including what turned out to be their favorite, Taco King.

On the other side of the flight line, the USO visited with 100 members of the Air National Guard and 300 sailors from Arizona, California, and Washington. While they enjoyed some hot pizza and energy drinks provided by USO Alaska, they stayed for the pup!

Aspen, our USO Alaska therapy dog, was the star of the show as she made the rounds visiting sailors and airmen during their visit. Many service members mentioned that Aspen’s presence was an instantaneous morale boost! Aspen quickly became an honorary member of their teams, and they all made sure she represented their units with patches on her vest.

While we were sad to say goodbye to our visitors of over a month, we were glad we could be there to send them off in the best way we know how, with donuts! We said our last goodbyes at the JMC with Golden Donuts and Starbucks in hand.

USO Alaska looks forward to what Northern Edge 2022 has in store!