After a Day of Jumping Out of a ‘Perfectly Good Airplane’ at Military Free Fall School, Service Members Can Unwind at the USO 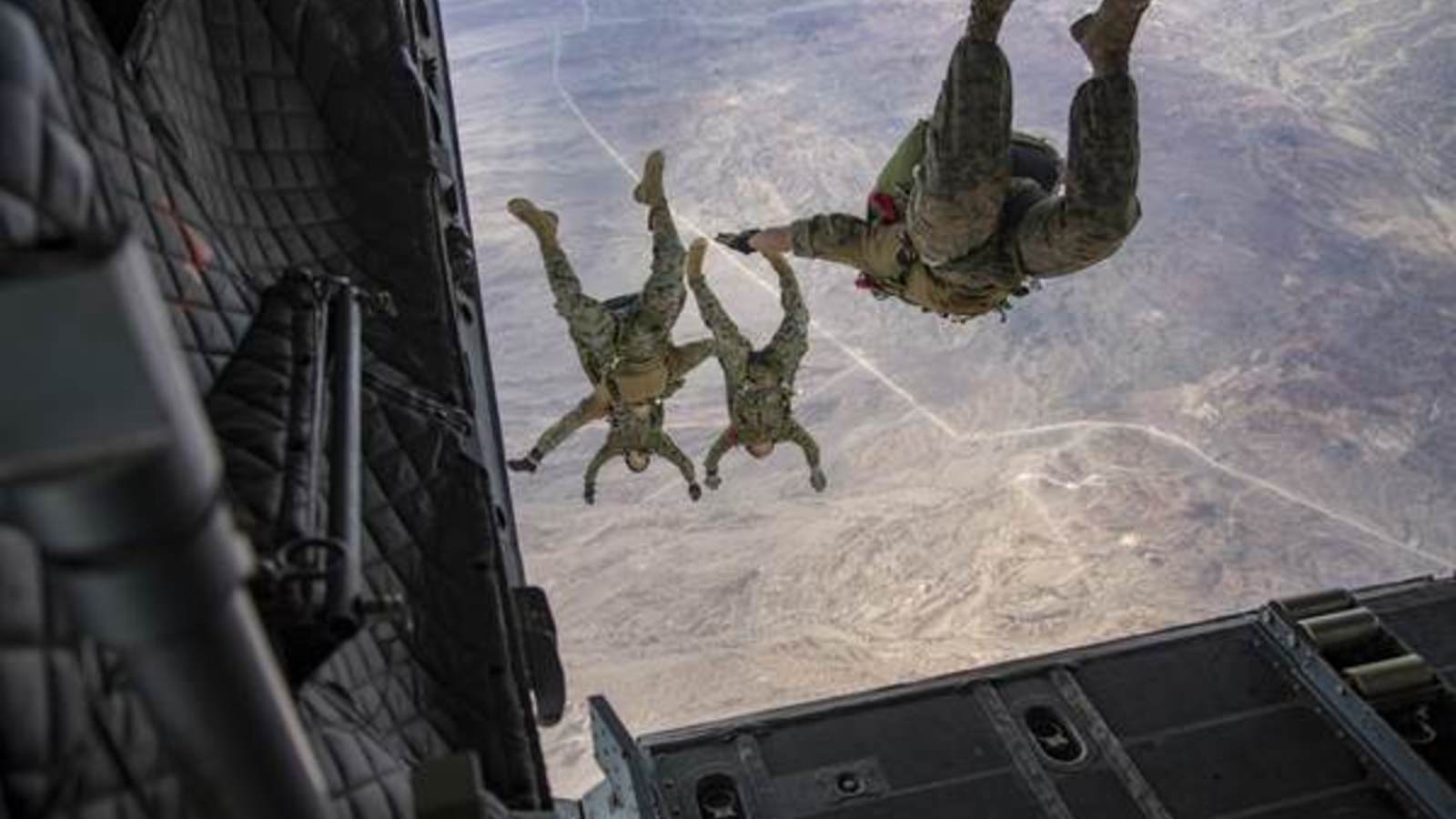 Skydiving is an exhilarating – albeit inherently stressful – experience. For most people, it’s a once-in-a-lifetime event.

But for the students attending the Military Free Fall School (MFFS) at Yuma Proving Ground, Arizona, jumping out of an aircraft at roughly 10,000 feet above the ground isn’t about fun, games, or making special memories – it’s a crucial part of their military training.

MFFS, which is part of the U.S. Army John F. Kennedy Special Warfare Center and School, is as demanding as it sounds. At this military school, service members – many of whom come from elite organizations like the U.S. Army Special Forces and Rangers, Navy SEALs, Marine Force Reconnaissance, or Air Force Para-Rescue and Combat Controllers – learn everything there is to know to master freefall parachuting.

Three separate courses run roughly three to four weeks; besides stressful training exercises, many service members must also cope with weeks of being far from home.

While three to four weeks might not seem like a long time to be far from friends and family, it can feel like an eternity if a student has nowhere to go besides their room during downtime, which was the case at MFFS.

“They are jumping from a perfectly good airplane, free falling at 125 miles per hour, and we are asking them to go back to their barracks room that has no Wi-Fi and minimal amenities,” said Tech Sgt. Jessica Soto, who serves as the military training leader flight chief for MFFS.

The remote nature of Yuma Proving Ground also means that only one cell phone provider covers the base, meaning calling home can be challenging for many MFFS students, according to USO Arizona Center Programs and Operations Manager Kelly Nastos.

Combine that with the fact that many students who attend the school also don’t typically come with vehicles, and MFFS can feel like much more than just a few weeks away for many students.

“When I got here, I thought, ‘What can I do to give them a space to decompress?’” Soto said.

So, Soto enlisted the help of USO Arizona, and they opened an unmanned USO center on Yuma Proving Ground in February 2020.

Operating as a day lounge, this location serves as a place of rest and relaxation for military members attending MFFS and is located in the student barracks.

The multi-room comfort area is a mix between a living room, game room, and kitchen. As students enter the space, they will find a living room set up with a TV and a coffee bar. The adjoining rooms have other amenities like foosball, ping-pong, pool tables, and gaming. Like all USO centers, this location offers free Wi-Fi, snacks, beverages, and board games for entertainment.

In addition to the comforts and connectivity provided at the center, the USO Arizona team also leads monthly military spouse events on Yuma Proving Ground, as well as ongoing programs and events.

“This place gives a space for the students to decompress after long jump days or for them to use on weekends,” Soto said.

During the height of the COVID-19 pandemic, this center served as a space where students could go not to feel isolated.

MFFS even hosted a Thanksgiving meal in the space, providing normalcy for more than 200 students.

“The whole counter was full of food,” Soto said.

“I have been lucky to have the relationship with the [USO] representatives that I have. They are phenomenal.”

-This story originally appeared on DVIDShub.net. It has been edited for USO.org.