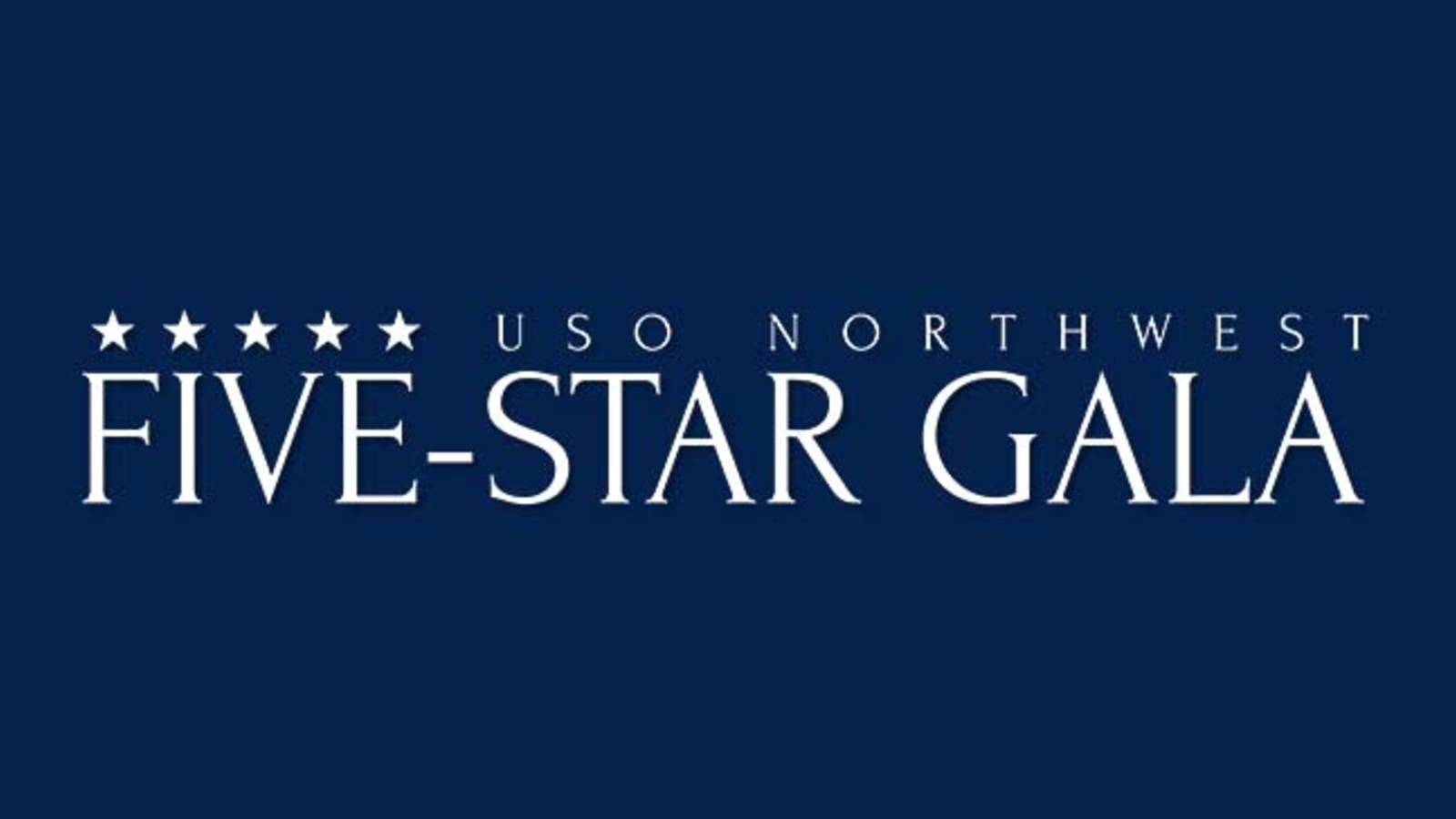 SEATTLE, WA – On Saturday, October 16, USO Northwest will present the annual Five-Star Gala & Auction in support of military service members stationed, training and traveling throughout Washington and Oregon. The Five-Star Gala & Auction will be held in-person at the Hyatt Regency Lake Washington, along with a special line-up of entertainment, messages from distinguished military guests, a keynote speaker address by U.S. Army Master Sergeant (Ret.) Cedric King, a live auction, as well as honor six Military Members of the Year for the Pacific Northwest.

“The Five-Star Gala will bring together our patriotic community to generate funds for essential USO Northwest programs and services directly impacting our military service members and their families in the Pacific Northwest,” said USO West President Bob Kurkjian. “We can’t wait to honor the men and women who fight for our country during this special evening, as well as the community members who help fulfill the USO mission to strengthen America’s military service members by keeping them connected to family, home and country, throughout their service to the nation.”

The keynote speaker address will be given by Bronze Star and Purple Heart recipient U.S. Army Master Sergeant (Ret.) Cedric King. After joining the military in 1995, King bravely served his country for 20 years, which includes three tours in Iraq and Afghanistan. On his third tour, King’s platoon conducted a reconnaissance in an Afghan village where he stepped on a pressure plate improvised explosive device (IED), awaking eight days later in the hospital discovering he had sustained disfigurement on his right hand, and both of his legs were amputated. Throughout his road to recovery, King has earned numerous medals and awards, ran marathons, climbed mountains, and is committed to working with his fellow service members on veteran wellness, as well as supporting USO programs.

For 80 years, the USO has supported the men and women who fight for our country. The USO goes where our service members go, no matter the location. USO Northwest invites the local community to join the campaign to Give More Than Thanks to help our service members stationed and in training by providing essential resources and keeping them connected to family, home and country.

More information about USO Northwest can be found at northwest.uso.org. To purchase tickets to the Five-Star Gala & Auction, visit usogala.maxgiving.bid.

About the USO: The USO strengthens America’s military service members by keeping them connected to family, home and country, throughout their service to the nation. At hundreds of locations worldwide, we are united in our commitment to connect our service members and their families through countless acts of caring, comfort and support. The USO is a private nonprofit organization, not a government agency. Our programs and entertainment tours are made possible by the American people, support of our corporate partners and the dedication of our volunteers and staff. To join us in this important mission, and to learn more about the USO, visit USO.org or at Facebook, Twitter and Instagram