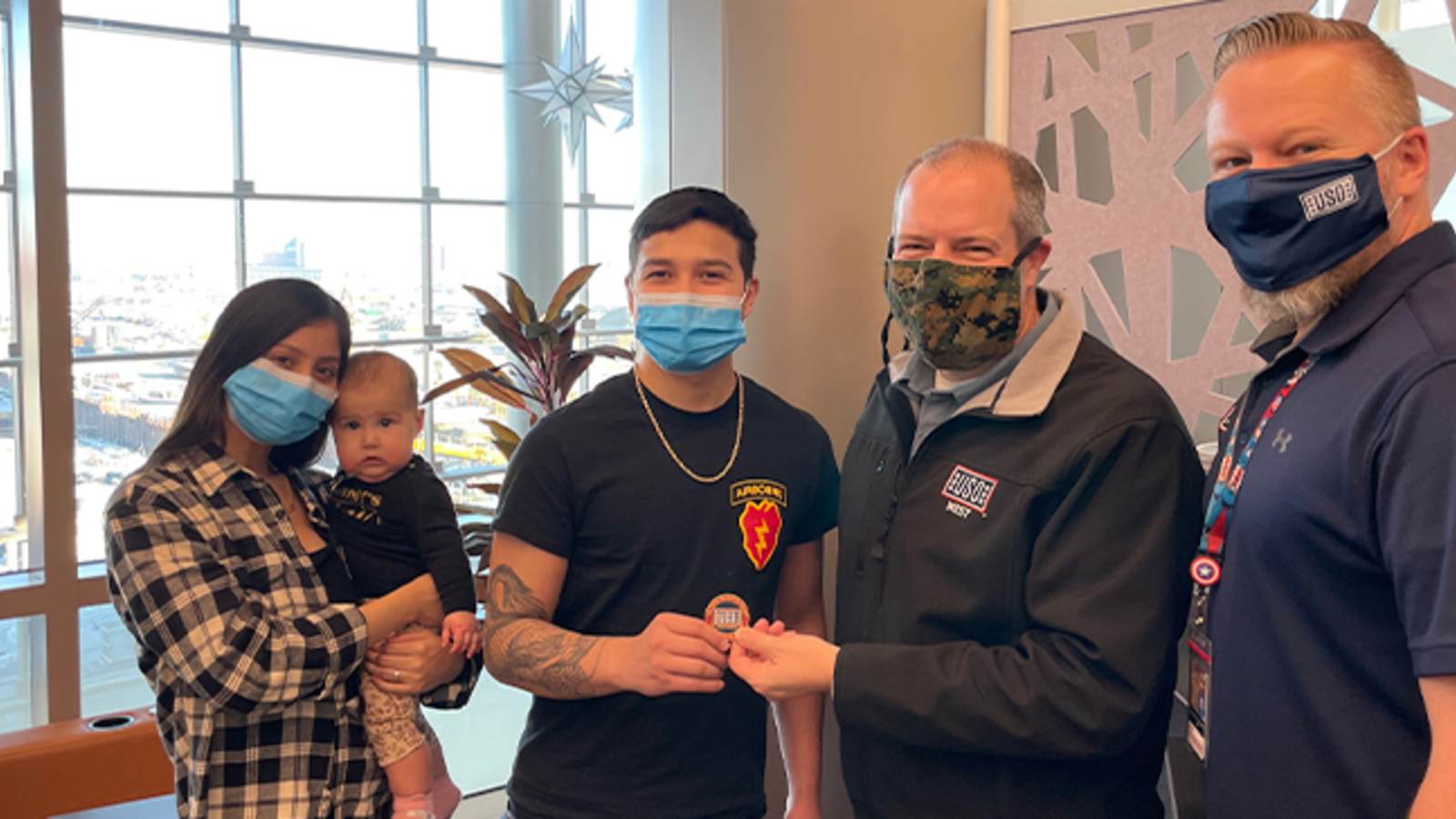 New airport center will provide support for military service members and families serving, training, and traveling through Utah for the first time since World War I

SALT LAKE CITY, UT – For the first time since World War II, the USO will have a permanent home in Utah with the new USO Airport Center at the Salt Lake City International Airport. Part of the USO West Region, USO Utah will bring support programs to the 32,480 Active Duty and Reserve members of the Armed Forces stationed across 84,899 square miles, including underserved locations in and around the state.

“The USO goes where our troops go and we’re proud to support our military service members and families serving, training, and traveling through Utah,” said USO West President Bob Kurkjian. “We are extremely grateful for our partnership with the Salt Lake City International Airport, as well as our partners Northrop Grumman, Delta Airlines, Adobe and the Utah Department of Veterans & Military Affairs, for helping the USO keep our troops connected to family, home and country with this new airport center.”

With a soft opening on December 20 and grand opening on February 4, 2022, the USO Utah center at Salt Lake City International Airport will be a 933 square foot facility that will provide amenities and outreach programs to the current members of the military and their dependent family members. Center amenities will include comfortable furniture for resting, computers and Wi-Fi access, complimentary snacks and beverages, luggage storage, as well as a lounge area with TV entertainment, movies and family games.

“We welcome the USO to SLC International Airport,” said Bill Wyatt, executive director, Salt Lake City Department of Airports. “The larger airport has allowed us to provide an exceptional location and space for our military men and women. We hope military members connecting through SLC find rest and relaxation here and that it makes their travels more enjoyable.”

The USO has appointed Utah native Nate Vandenberg as the Operations & Programs Manager of USO Utah to oversee the new airport center, as well as operations and programs in support of service members stationed in Utah.

“As a veteran of the United States Navy and the Utah Air National Guard, I am looking forward to being a Force Behind the Forces in this new role,” said Vandenberg. “I’m excited to share a little bit of Utah with each visitor to the new USO Center in the Salt Lake International Airport and during various in-person programs that will be facilitated with the local military community.”

For over 80 years, the USO has supported the men and women who fight for our country. The USO goes where our service members go, no matter the location. USO Utah is looking for volunteers to join the team of over 30,000 USO volunteers who support local military service members and their families. Becoming a USO volunteer gives local Utah community members the chance to give more than thanks to our troops, whether it’s helping a soldier with a connecting flight, serving snacks with a smile or “welcoming home” troops from deployment, volunteers are vital to the success of the USO’s mission.