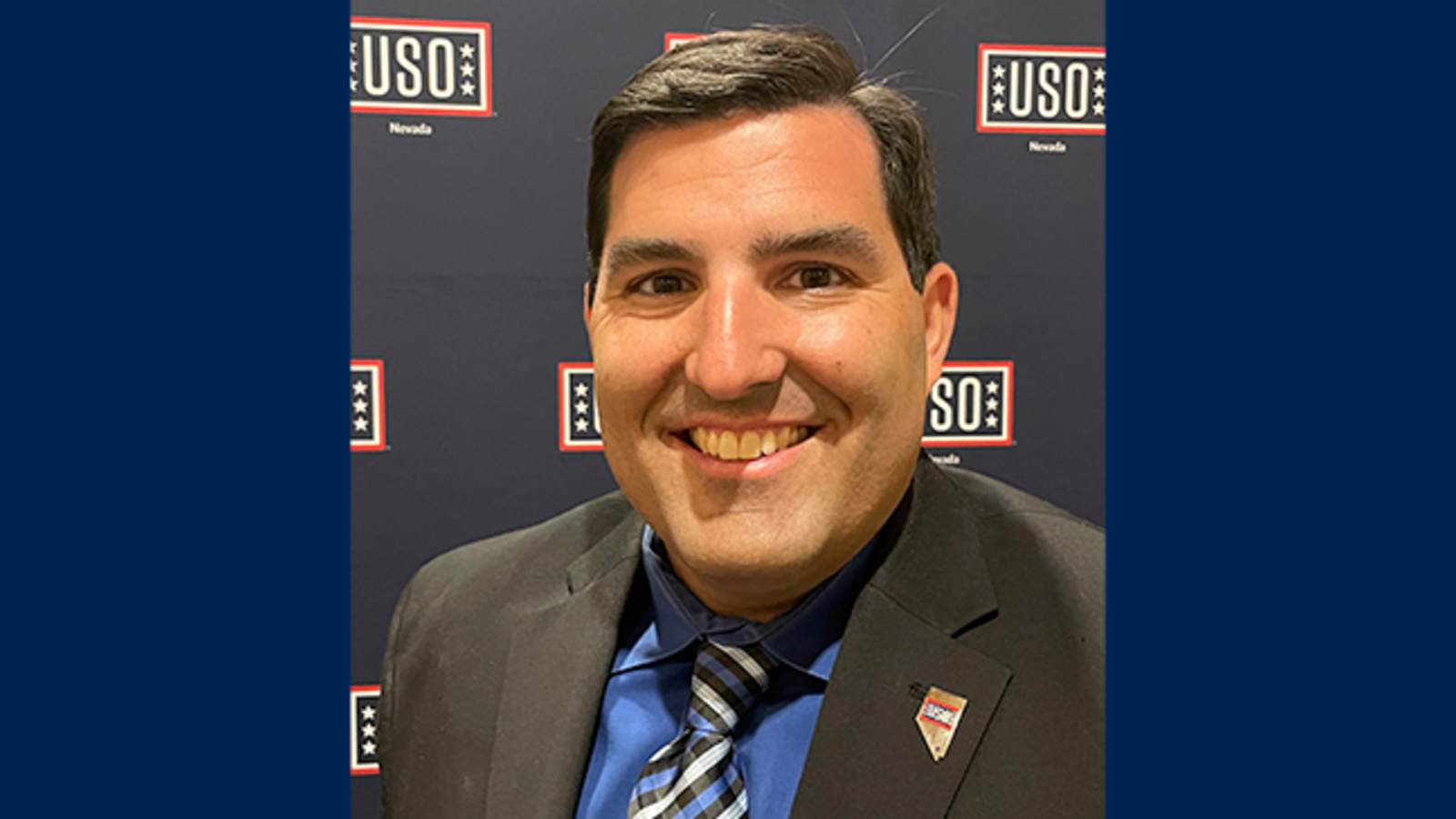 LAS VEGAS, NV – The USO, a non-profit organization dedicated to strengthening America’s military service members by keeping them connected to family, home, and country throughout their service to the nation, is proud to announce Tim Mullin as the new Executive Director for USO Nevada. Mullin served as a Center Director in Las Vegas with the USO from 2014 to 2017, where he managed the day-to-day operations. Since then, he has helped establish the Vegas Golden Knights Foundation and reimagined the community relations department for The Siegel Group, Inc.

“We’re delighted to have Tim Mullin return to lead the fantastic team of USO Nevada volunteers and staff serving the military communities of Nevada,” said Bob Kurkjian, USO West President. “We are confident his unique knowledge of Nevada will add value to our mission delivery and our nonprofit organization.”

Mullin will lead the USO Nevada team of 4 staff and more than 150 volunteers in delivering USO programs, services, and outreach at USO centers at Harry Reid International Airport, Nellis Air Force Base, and Creech Air Force Base – along with supporting the Nevada National Guard.

“Given the strategic importance services members at Nellis AFB, Creech AFB, NAS Fallon, and in the Nevada National Guard play to our national security, it is vital for USO Nevada to continue to collaboratively and innovatively meet their needs through its programs and services,” said Mullin. “I’m honored and excited to join the USO and play my part to lead our programs and services in the great state of Nevada.”

Mullin’s career began as a newspaper reporter, but he quickly branched into real estate and non-profit management, serving three years as Executive Director at the Nevada Partnership for Homeless Youth. That served as a platform for Mullin to join the USO team as a Center Director. Mullin’s most recent positions allowed him to expand his knowledge of strategic partnerships and community relations which will serve him well as executive director at USO Nevada.

Mullin was selected as a 40 Under 40 award recipient from Las Vegas Weekly in 2018 as one of Southern Nevada’s top business professionals under the age of 40. He also received the Outstanding Young Alumnus Award in 2019 from the University of Nevada, Reno Alumni Association. His volunteer work and affiliations cover a wide range from serving on Leadership Las Vegas committees for the Vegas Chamber of Commerce to serving as an Honorary Commander at Creech Air Force Base. Mullin also currently serves on the board of directors for both After-School All-Stars of Las Vegas and Win-Win Entertainment.

Mullin’s education includes a BA in Political Science & Journalism from University of Nevada, Reno, and studied with The Fund for American Studies at Georgetown University while interning for U.S. Senator Harry Reid in 2005 and reporting on Capitol Hill for Cox Communications in 2006.

The USO works to provide morale-boosting and family-strengthening programs to active-duty and reserve military service members and their families around the world, including in Greater Las Vegas and surrounding areas. To donate, volunteer or explore partnership opportunities with USO Nevada, please visit USO Nevada.

The USO strengthens America’s military service members by keeping them connected to family, home, and country, throughout their service to the nation. At hundreds of locations worldwide, we are united in our commitment to connect our service members and their families through countless acts of caring, comfort, and support. The USO is a private non-profit organization, not a government agency. Our programs, services and entertainment tours are made possible by the American people, the support of our corporate partners, and the dedication of our volunteers and staff. To join us in this important mission and learn more about the USO, please visit USO.org or follow us on Facebook, Twitter, and Instagram.